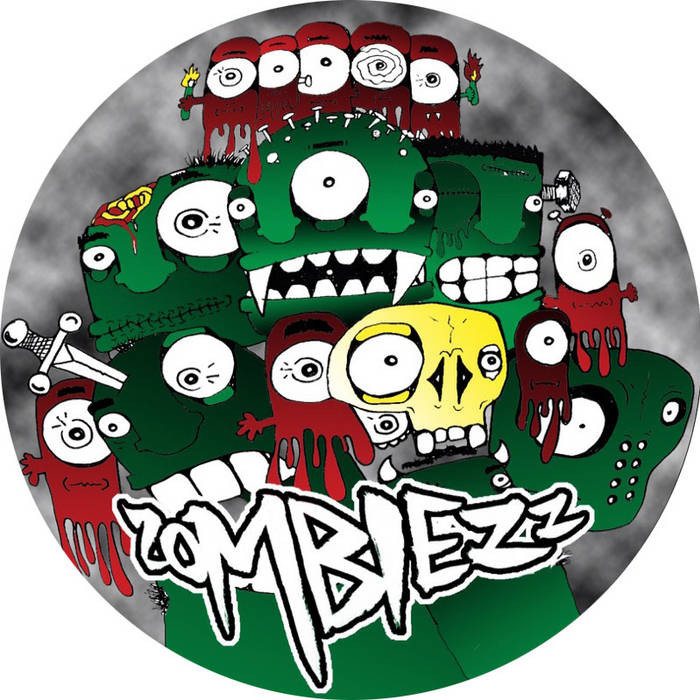 Senseless have always believed that the spirit of rave never died, it’s everywhere, but now in 2010 we’ve discovered that spirit distilled into its purest form, let’s call it essence of rave. Kanji Kinetic makes it, a monstrous hybrid of electro, bassline, jungle and, yes, rave. It doesn’t just deny classification, it smashes it to pieces. These tracks look backwards but sound like the future, they’re cheeky but deadly serious, they’re rough and smooth, sweet and sour, bouncy, wonky, hyper and just a little bit insane. In short, the ultimate party music.

The EP is a game of two halves, easing you in at 140 BPM with a wonky mixture of future-bassline and pitch bent synths (ToyGuns) then rolling into the monstrous Scientist. Reach-for-the-lazers rave stabs and scorching bass collide to make something seriously dangerous. We then take a quick diversion for a remix from Kaiser, a newcomer with releases coming on Starkey’s Slit Jockey, who twists Toy Guns into a devastating mix of grime, 8bit bleeps and UK Funky syncopation, this is what it sounds like to be one of those ghosts being eaten by Pacman.

Next up we turn up the pace for ‘New Era’, weighing in at 175 BPM, it’s the fastest thing we’ve ever released but its half time weight makes it feel like jungle chopped and screwed in the fifth dimension. Quite simply it has the biggest drop you will hear this year, possibly ever. It’s jungle tempo but drop this in a dubstep set and watch the floor ignite. The title track, Zombiezz also rocks 175 BPM on the half time but does it 4x4, cheeky cartoon samples and strings building to another seismic sub frequency workout.

Finally Zombiezz gets two remixes, Cracks turn in something pretty special, taking things back down to 140 and turn in a mix they’re calling ‘Horror House’, a visceral mixture of techno, grime and lots of bass. Then just for fun we asked legendary breakcore producer Johnny Sideways to see if he could make Zombiezz a little harder, and he did. Enjoy!

NB New Era and Zombiezz are being released as a split with our good pals Tigerbeat6, thanks guys.