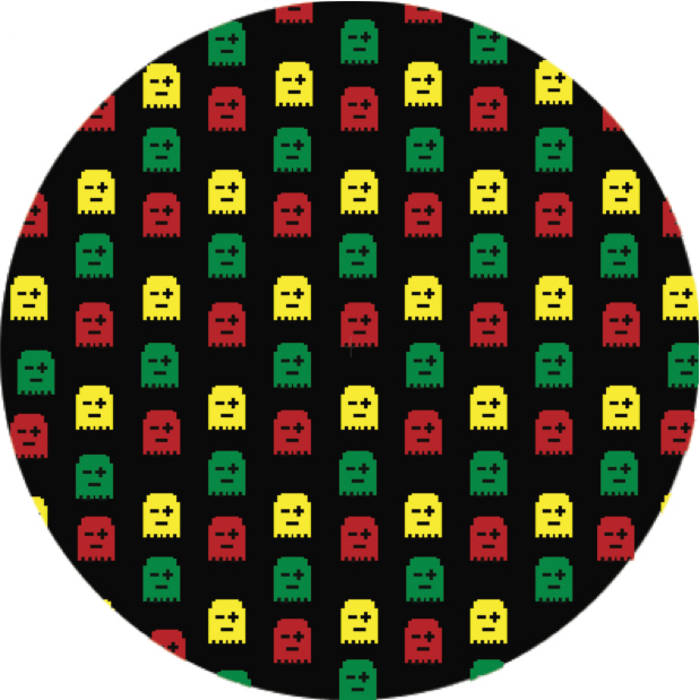 Like his spectral namesake Simon Booth aka Ghosttown has spent the last few years obscured, half out of sight as a producer hiring out his futuristic beat-science to a string of heavy hitting MCs including Foreign Beggars and Skrein here in the UK and a clutch of artists across the Atlantic including Guilty Simpson, Oh No, Frank and Dank and Dudley Perkins from the Dilla/Stones Throw axis of the hip hop spectrum.

His debut release started life like most of his productions, on a beat tape with another 80 or so one minute tracks, all vital snapshots charged with the excitement of what might happen with the right MC but there was something special about the original ‘Greezy’. It wires up squelching formant synths to insistent, minimal drums sounding like a 2010 UK-bass update to Ginuwine’s ‘Pony’ but at 145 BPM with speaker damaging sub.

This devastating but unusual collision of sounds needed a versatile MC and Badness was top of the list. Known for his early work with Lava Unit and Terror Danjah as well as last year’s carnival smash ‘Message is Love’ with Jammer and Silverlink Birmingham born Badness’ star is on the rise. ‘You Know’ as the track became features his signature double time bashment/grime flow and a killer hook sung by cosmic-soul powerhouse Dajla. The Parisian born singer is a Radio Nova favourite who has collaborated with Wax Tailor, Foreign Beggars and celebrated hip hop poet Anthony Joseph. The resulting track is unmistakably UK but with a bashment flavour, wonky dancehall?

The vinyl remix comes from DZ (Hot Flush/Tru Tiger) who delivers a mix that turbo charges the dancefloor elements of the track to come up with multi coloured low end work out. Digital only mixes come from rising star Numan who has already done a session for Mary Anne Hobbes and flips the original to come up with a menacing slice of ice cold grime. Resident at Brighton’s Square Roots and Angry Dance Party DJ Murlo cranks it up a notch with his debut remix, a soca destoyer that should bring a ray of Caribbean sunshine to the winter months. Last but not least Cracks rework the original in to a grimy bassline/electro crossover monster.

Senseless will release a Ghosttown album in summer 2010 featuring vocalists including Frank & Dank, Olivier Daysoul, Badness, YT, Navigator, Killa P and more. 2010 is the year the Ghost comes to life.