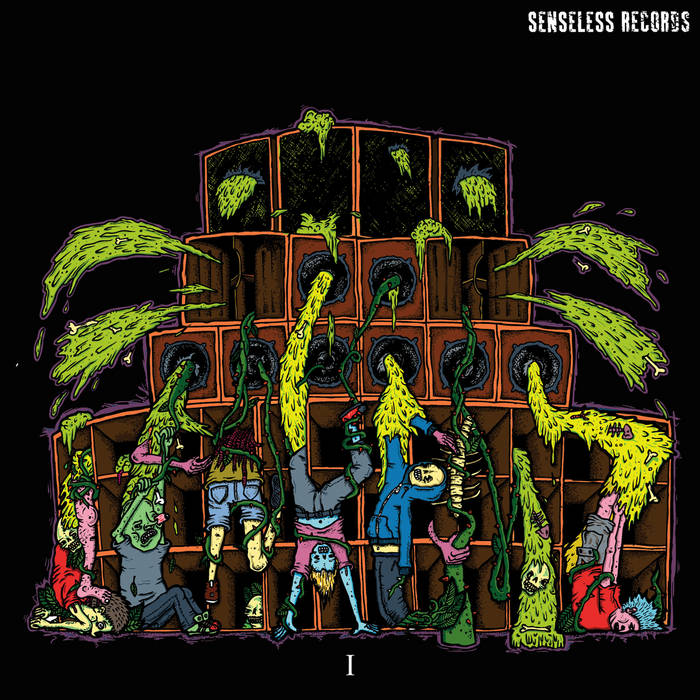 Lenkemz spent the best part of 2012 banging holes in soundsystems worldwide with his homemade bass bombs. His productions found their way into the boxes of Diplo, Toddla T, Basement Jaxx, Rusko and Doorly to name only a small selection. Those included his first release for Senseless, the killer 'Murder Micz' with Dialect and the inescapable remix of Traxman's 'Blow Ya Shit' also released by Senseless last month. In 2013 he has releases coming on Diplo's Mad Decent, A Trak's Fool's Gold and of course more on Senseless.

This, his debut full EP, marries up two pieces of certified dance floor dynamite from different ends of the BPM spectrum. 'Forcefieldz' is a 150BPM hybrid of grime, footwork and soca with all the frenetic energy and bass pressure that made the 'Blow Ya Shit' remix such a runaway success. The flip, 'Sewin Coins', is on a 4x4 tropical tip before slowing things down to a hip-hop sampling reggaeton inspired break and building things back up to a wild climax. No remixes, just two tracks of straight up heat for the cold, cold winter. Enjoy.