by Ghosttown meets Parly B 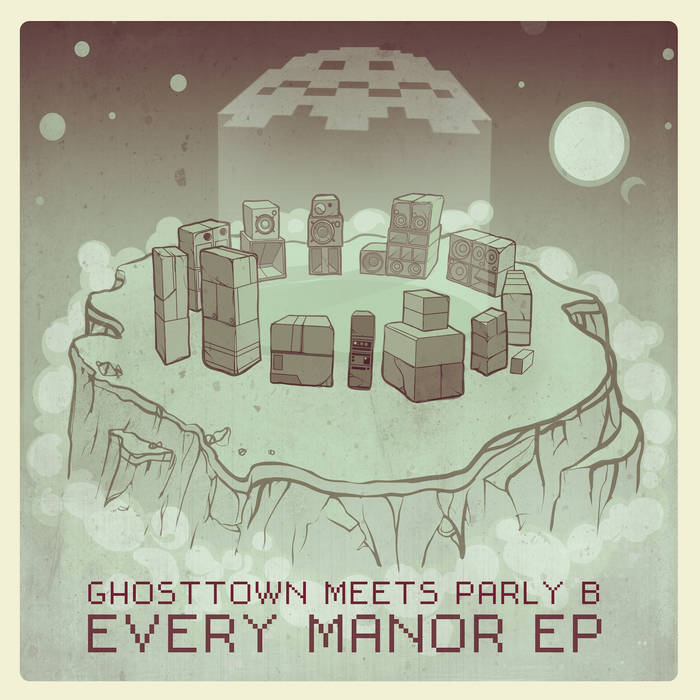 Our soundsystem heritage is never far from the releases we put out but this one is straight up fire for summer bass-bin bashing. Four tracks of bashy carnival business released on August 19th right on time for Notting Hill.

Ghosttown hails from London with over ten years as a producer behind the scenes for artists including Foreign Beggars, Jehst, Task Force, and J Dilla-associates Frank n Dank. His new Dead Players Club collab with MCs Dabbla and Jam Baxter is gaining a lot of attention on the UK underground. Parly B is one of the UKs baddest new dancehall and roots MCs, recently found rocking Glastonbury with Mungo's Hifi and Reggae Roast. He's featured on several Senseless releases in the past including the recent Sarantis LP.

The four tracks blend up bashment, roots and hip hop influences to cook up a unique sound clash, from tough, insistent dancehall style riddims on Demacall and Tightest Summin through to bashy hip hop on the title track Every Manor. The EP finishes up with Wickedest Sound that balances bouncing hip-hop drums on the intro with a dubwise drop that references classic dubstep and digital dub.

The video is filmed by Leeds-born, Berlin based Rob Blake (robblake.tv). Shot in London and Berlin he takes the track's twin themes of girls and cities and lets his stop-motion imagination run wild.